An Institution of Stories

LA Plaza de Cultura y Artes honors the past, inspires the future, and recognizes the enduring cultural influence of Mexicans, Mexican Americans and all Latinas/Latinos in Los Angeles through transformative exhibitions, programming and educational experiences. 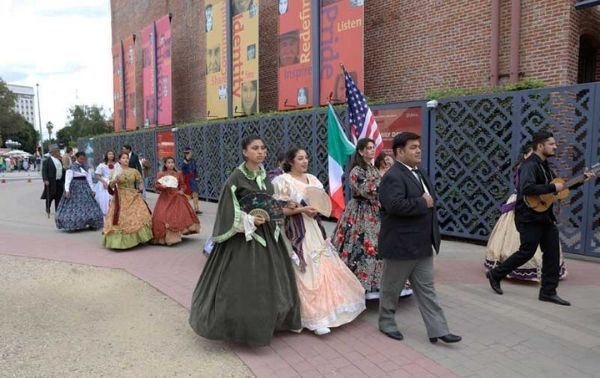 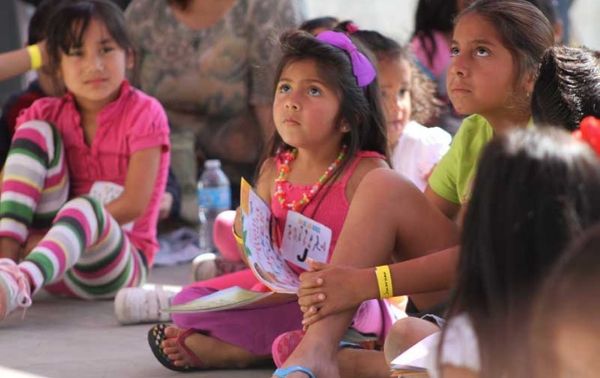 We present exciting performances, compelling exhibits, and thought-provoking discussions on a year-round basis. LA Plaza’s offerings include a wide range of programs in music, dance, films, art, history, culinary arts, topical events, nature, and much more. LA Plaza is about learning, doing, and inspiring. We collaborate with our communities and make our spaces available for public and private events. We help children, adults, and families to discover and appreciate our history of the city, presenting the stories of Latinos in a manner that is respectful, educational, and entertaining. LA Plaza is the place to begin your exploration of Mexican and Mexican American history of Los Angeles. LA Plaza has something to offer casual and curious visitors; elementary, high school and college students; and teachers and researchers alike.

Our central location at El Pueblo de Los Angeles, the historical birthplace of the city, makes it an ideal place to plan and enjoy a full day of fun, art, culture, and history.

Imagine a semi-arid space bordered by ocean and mountains, a winding river flowing over fertile land. Imagine an indigenous people arriving and occupying the space: Hunters, gatherers, traders, at one with native plants and animals, communing with sky and spirits. Imagine a Spanish galleon sailing the coast, slowly observing the smoke rising in the far distance of the space. Imagine a friar and an engineer on expedition excited by the richness of a parcel by the river’s edge, a place to settle, protect and cultivate. 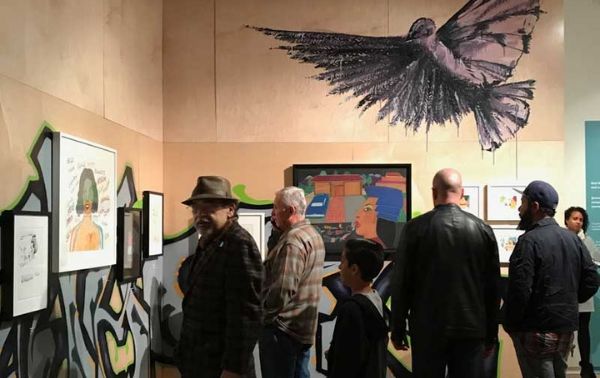 Imagine a Spanish governor, 44 settlers–11 men, 11 women, and 22 children–along with soldiers, mission priests, and a few natives, arriving after an arduous journey from Mexico to the space by the river to build, grow, and live. They call it El Pueblo de Nuestra Señora la Reina de los Angeles de Porciúncula or The Town of Our Lady the Queen of Angels of the Little Portion. Imagine Los Angeles. Imagine the pueblo–first under Spanish flag, then Mexican, and finally the Stars and Stripes–slowly growing around the plaza.

And then, the river’s channel changes course and the pueblo and the plaza flood, is moved, and rebuilt. And after another flood, moved and rebuilt a second time. But the lure of the plaza is constant: It’s their social and spiritual center, a place of community, self-expression, and celebration.

The pueblo becomes a city. The city spreads, its economic and political center shifting south and west. The plaza’s fortunes ebb and flow, but it endures. The one constant: A distinct and vibrant Mexican and Mexican American presence that permeates the plaza, serving as its lifeblood and soul. Imagine the plaza as a living thing, central to the old pueblo, now a historic monument called El Pueblo De Los Angeles Historical Monument. Home to buildings dating back to the 1800s, structures built, abandoned, restored, reused. And now, imagine a walk across the Main Street of the now modern city, home to nearly four million people, to LA Plaza de Cultura y Artes—LA Plaza—a museum of history, art and culture that since 2011 has encapsulated and celebrated the rich origins, present influence, and future promise of the region’s Mexican American experience. Imagine, and welcome, to LA Plaza.

Los Angeles has historically served as home and the largest population center of Latinos since the city’s establishment in 1781. Today, Latinos comprise nearly half of the city’s population and is projected to reach 53.5% by 2030. Socially, culturally, politically and in many other ways, Los Angeles sets the pace for the U.S. Latino population. The city exemplifies the notion that, “as Latinos are becoming more American, America is becoming more Latino.” The Latino population of the United States now comprises the largest ethnic group in the country with an estimated 56.6 million people or 17.6% of the total U.S. population. People of Mexican ancestry account for the largest segment of the U.S. Latino population, totaling 35.8 million and making up 63.4% of all U.S. Latinos and 10.9% of the United States’ population.

Your ticket for the: About LA Plaza