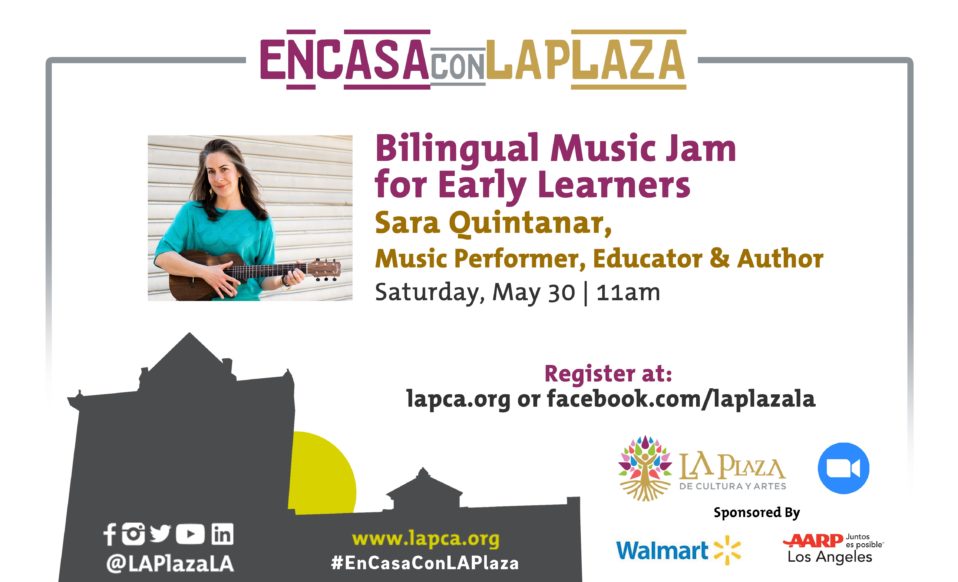 Join us on Zoom and Facebook Live as Sara Quintanar of “Music With Sara” sings some of her most loved songs in Spanish and engage families in rhythm and dance. The songs by the LA-based children’s music performer, educator of over 20 years, published author and proud mother of three bilingual children, are celebrated for their sweet lyrics, melodies, and cultural flair. Sara has released six musical albums for children since 2010 and her music is listened to in homes and schools around the world. During this new shift to an online platform, Sara continues to teach music online and create live jams for young children at home to learn Spanish and make music with household items.

Songs will include traditional favorites such as:

And new songs from her recent collaboration with “Spanish Play Dates with Ana”.

Your ticket for the: Bilingual Music Jam for Early Learners with Sara Quintanar