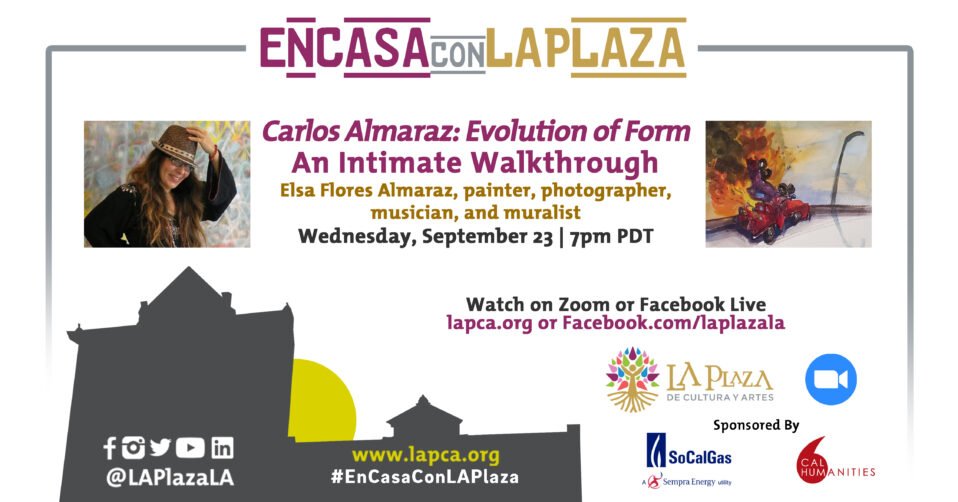 Join us on Zoom and Facebook Live for a taped intimate walk through of LA Plaza’s most recent exhibition, Carlos Almaraz: Evolution of Form, led by his wife and fellow artist Elsa Flores Almaraz, followed by a live Q&A. The exhibition focuses on the earlier periods in the artist’s life that played a significant influence on his artistic styles and form, from conceptualism and minimalism when he lived in New York in the 1960s, to a burst of color and figurative work when he returned to Los Angeles. The exhibition also includes Elsa’s black and white photographs from 1975 to 1982, showing a glimpse into the Chicano art scene of that time.

Your ticket for the: Carlos Almaraz: Evolution of Form | An Intimate Walkthrough with Elsa Flores Almaraz, painter, photographer, musician, and muralist