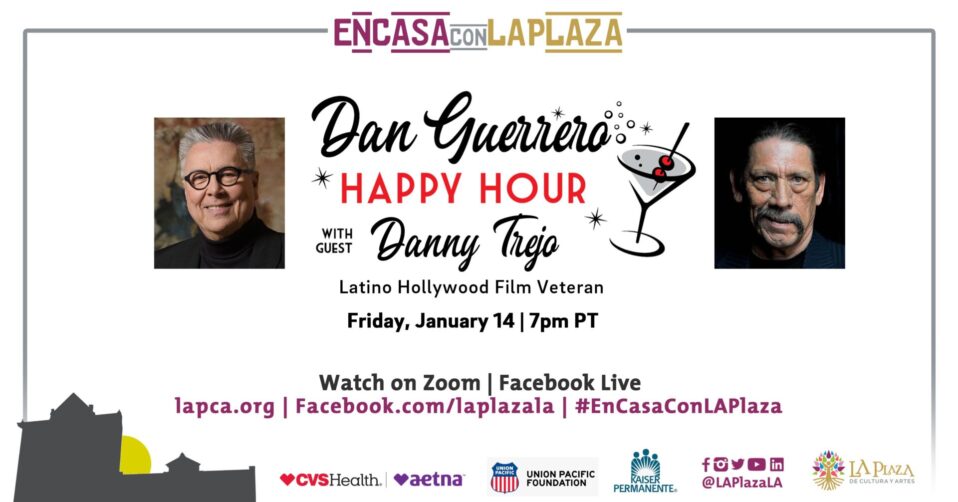 Latino Hollywood film legend Danny Trejo joins Dan Guerrero on the next Happy Hour of live-streamed conversations. Trejo’s distinctive look and stand-out performances in Blood In Blood Out, Desperado, From Dusk till Dawn, and Spy Kids among so many have made him a popular red carpet figure with a major fan base. He’s also an entrepreneur with his own brand of beer, coffee and a chain of restaurants that dot the LA landscape. Not bad for the Echo Park kid that had a troubled youth beginning with a first incarceration at age 12. Hollywood does sometimes have a happy ending.

Funding has also been provided by California Humanities and the National Endowment for the Humanities (NEH) as part of the American Rescue Plan Act of 2021 and the Institute of Museum and Library Services (IMLS), for the advancement, support, and empowerment of America’s museums, libraries, and related organizations.