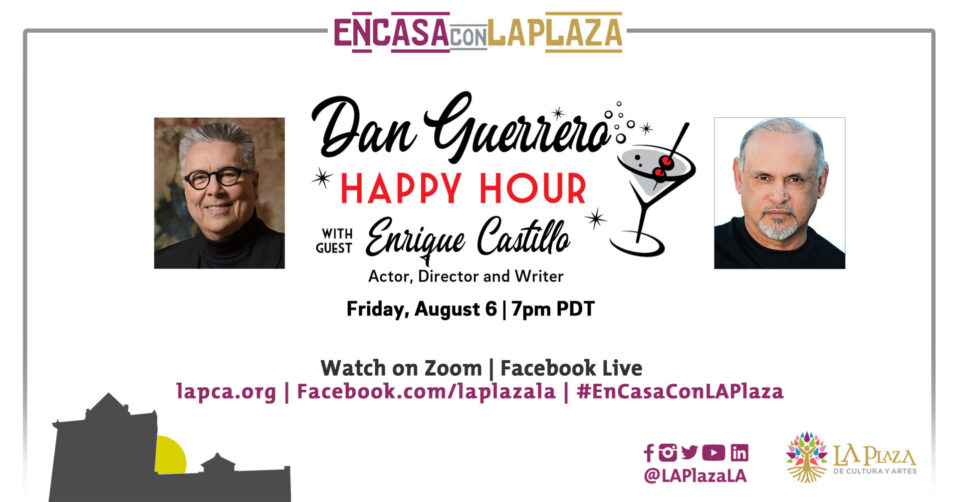 Award-winning actor, director and writer Enrique Castillo has a long career moving from the big and small screens to the stage beginning as an early member of El Teatro Campesino. Most know him for stand-out roles in the cult film “Blood In Blood Out,” the Showtime series “Weeds” or from the touring play “Veteranos: A Legacy of Valor” that he also wrote and directed. Lots to talk about including producing a new documentary about “Los Changuitos Feos de Tucson,” the first youth mariachi group in the country. And the dark side of that story hidden until now.

Your ticket for the: Dan Guerrero Happy Hour with guest Enrique Castillo, Actor, Director and Writer