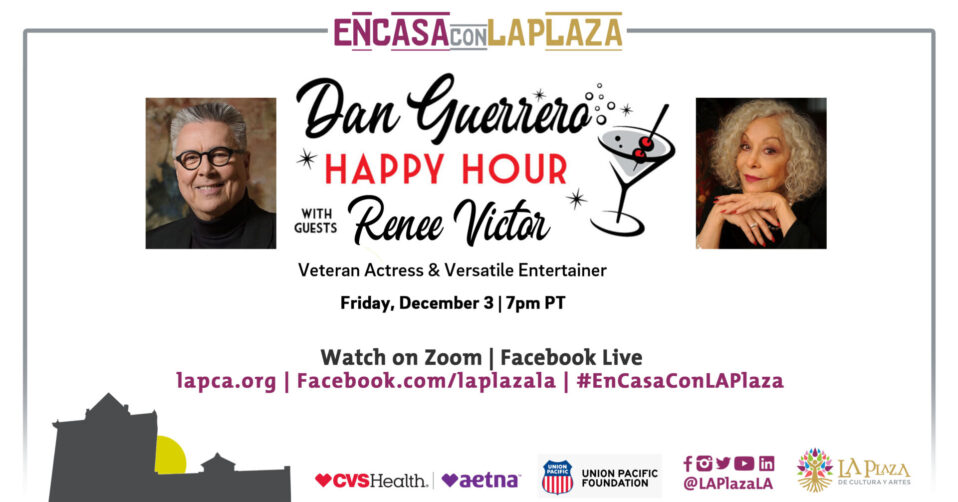 Dynamic and versatile actress Renee Victor joins Dan Guerrero on the next Happy Hour of live-streamed conversations. One of Hollywood’s busiest actresses, she started her career as a singer and dancer headlining in Vegas and top cabarets and supper clues all over the world. Today, the San Antonio-born Victor moves easily from film to television bringing wildly diverse and memorable characters to life including a recent turn as the feisty Lupita in the TV series “Weeds.”