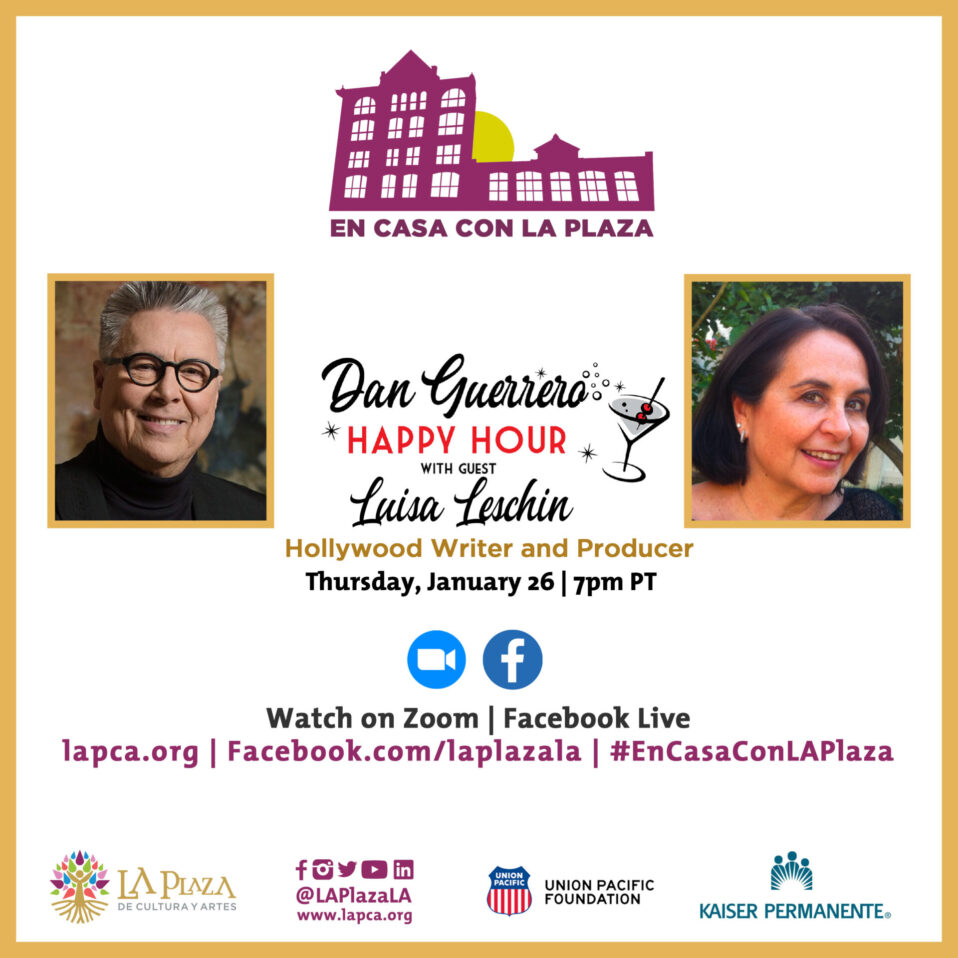 Hollywood TV and film writer/producer Luisa Leschin guests with Dan Guerrero on the next Happy Hour of live streamed conversations. The former actress and ballet dancer enjoys a stellar career with TV credits that include the George Lopez Show, Mr. Iglesias, Gentefied, Everybody Hates Chris, Dusk Til’ Dawn and the Emmy-nominated East Los High. Born in Hollywood and raised in Guatemala, Leschin has also written and exec-produced films for the Disney Channel, Showtime and WB Animation. Her talent took a very early bow when she starred in her own TV variety show at age 7 in Guatemala. Don’t miss this one!