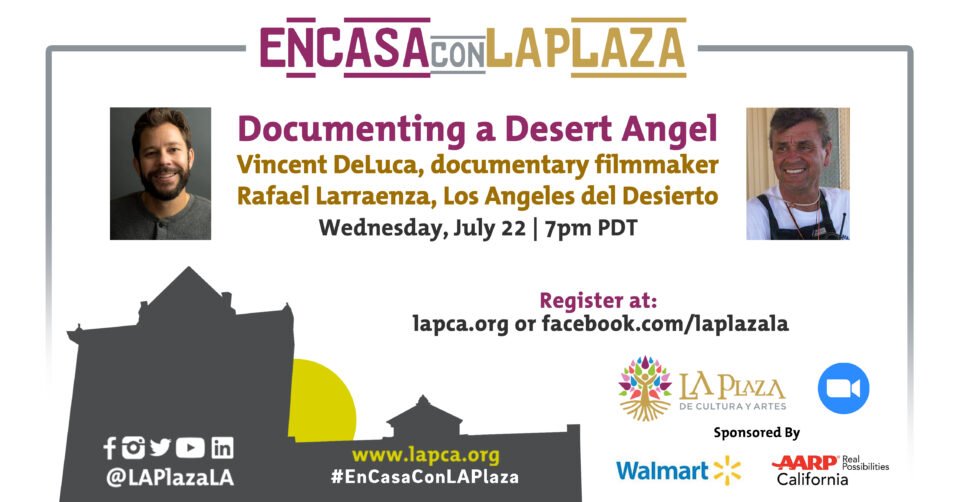 Join us on Zoom and Facebook Live in conversation with filmmaker Vincent DeLuca and Rafael Larraenza, founder and director of The Desert Angels, a volunteer search and rescue group, on the making of the documentary “Desert Angel.”

In a duel with death, Rafael sacrifices his hard-won American Dream to perform a harrowing high stakes DIY rescue service for those desperate enough to cross the border, just as he did 30 years before. “Desert Angel” follows Rafael on his emergency rescue missions and captures images of the border terrain never before documented. The film tells the powerful stories of those who survive, those who perish, and the family members on both sides of the border who are impacted.

Your ticket for the: Documenting a Desert Angel with Vincent DeLuca, documentary filmmaker and Rafael Larraenza, Los Angeles del Desierto