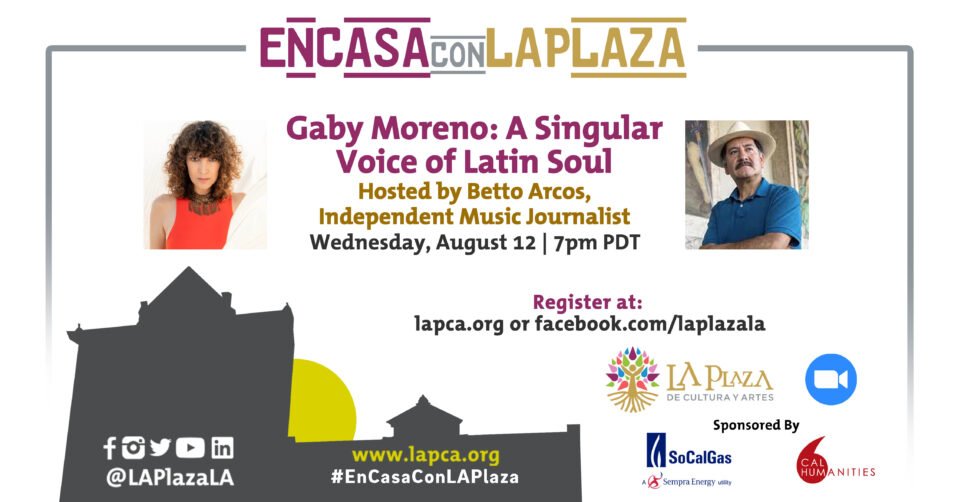 Since moving to Los Angeles from her native Guatemala, singer-songwriter-producer Gaby Moreno has released 5 albums, earned a Grammy nomination for her album “Illusion” in 2017, an Emmy nomination for co-writing the “Parks & Recreation” theme song, and won a Latin Grammy for Best New Artist in 2013.

Gaby’s latest album “¡Spangled!” – a collaboration with musician, songwriter and arranger, Van Dyke Parks – is a set of ten songs celebrating the migration of song across the  Americas and spans more than a century, including a bolero from Panama, a  bossa nova from Brazil, and an elegiac ballad from the Southwest United States.  The album also includes one of Moreno’s own songs as well as the “The Immigrants” by Trinidadian songwriter David Rudder.

Your ticket for the: Gaby Moreno: A Singular Voice of Latin Soul, Hosted by Betto Arcos, Independent Music Journalist