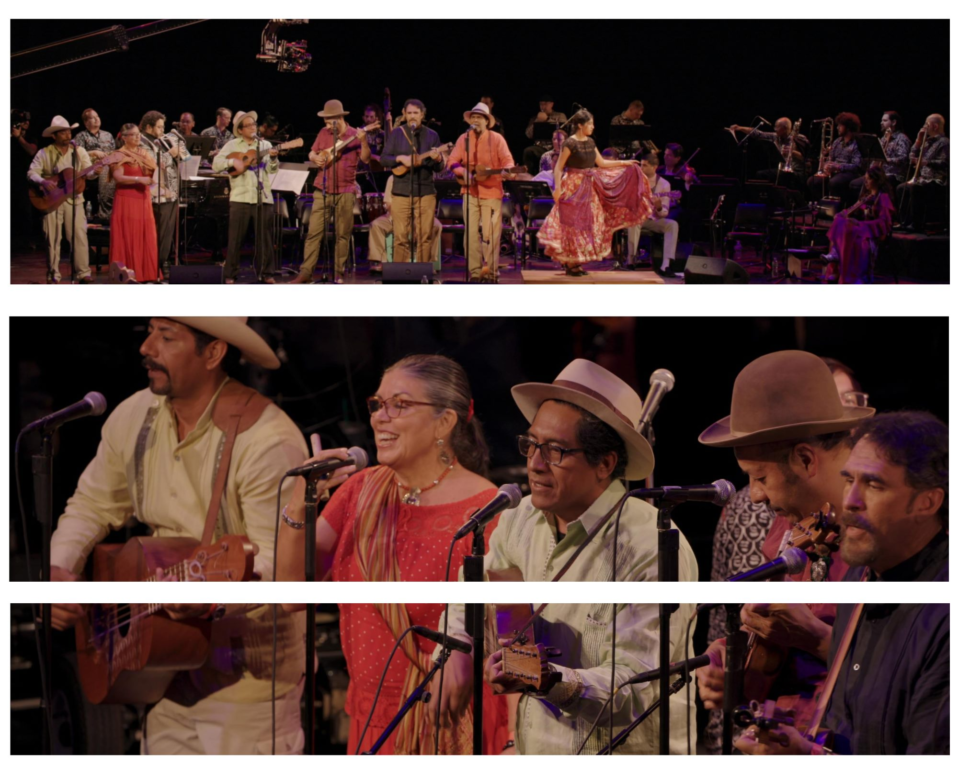 The concert will feature selections from “Fandango at the Wall in New York,” nominated for Best Latin Jazz Album, which the group recorded in collaboration with the Arturo O’Farrill & The Afro Latin Jazz Orchestra.

The collective was founded in the summer of 2018, inspired by Fandango Fronterizo Festival, an annual celebration of dance and music that takes place in the border cities of San Diego and Tijuana. Composed of masters of the Son Jarocho tradition Patricio Hidalgo, Ramón Gutiérrez, Tacho Utrera, Wendy Cao Romero, Jorge Francisco Castillo, and Fernando Guadarrama, the collective has performed in concerts throughout the United States, including New York City, San Francisco, Sacramento, Santa Barbara, Los Angeles, Scottsdale, Denver, and San Diego.

The free outdoor concert at LA Plaza culminates with a fandango, where local musicians and dancers are invited to get together to dance, to play, and to sing in a community setting. As local musicians perform Son Jarocho, people dance zapateado atop a large wooden platform known as a tarima.

The concert will be emceed by arts journalist Betto Arcos, an arts journalist featured on National Public Radio and BBC Radio 3. He recently authored “Music Stories from The Cosmic Barrio,” where he profiles more than 140 music makers from around the world. Food and drink will be available for purchase.