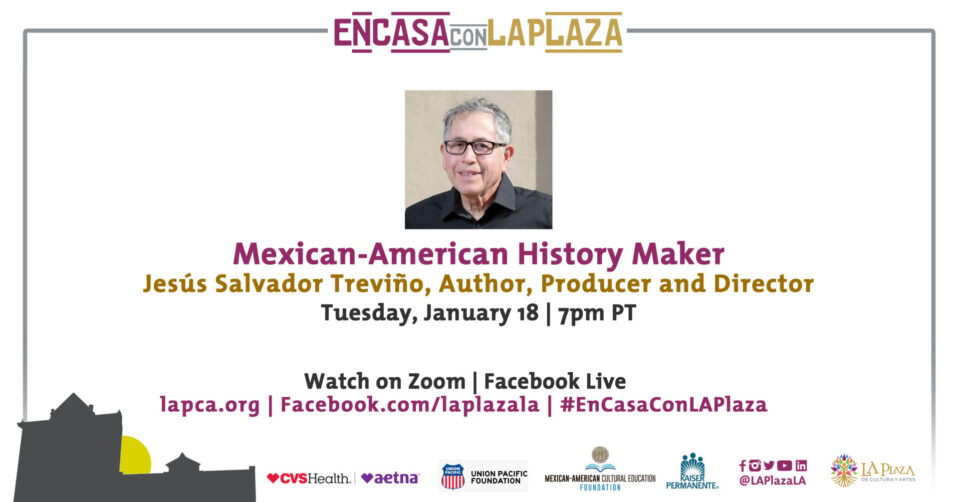 Treviño began his career in film and television as a student activist documenting the 1960s Chicano civil rights struggle with a super-8 camera. He has directed two films, a feature and a documentary respectively, “Raices de Sangre (Roots of Blood)” (1978) and “One Out of Ten” (1979).

Treviño has won dozens of national and international awards and recognitions. Among awards of note, he won two DGA awards for Outstanding Directorial Achievement in Dramatic Shows. He directed a number of episodes from the television series “Resurrection Blvd.,” “Babylon 5,” “Bones,” “Star Trek: Voyager,” and many more.

Treviño is also an author. His memoir “Eyewitness: A Filmmaker’s Memoir of the Chicano Movement” was published in 2001. The book chronicles his experiences as an activist filmmaker during the turbulent 1960s and also addresses the status of United States Latinos in the year 2000 and beyond.

Funding has also been provided by California Humanities and the National Endowment for the Humanities (NEH) as part of the American Rescue Plan Act of 2021 and the Institute of Museum and Library Services (IMLS), for the advancement, support, and empowerment of America’s museums, libraries, and related organizations.