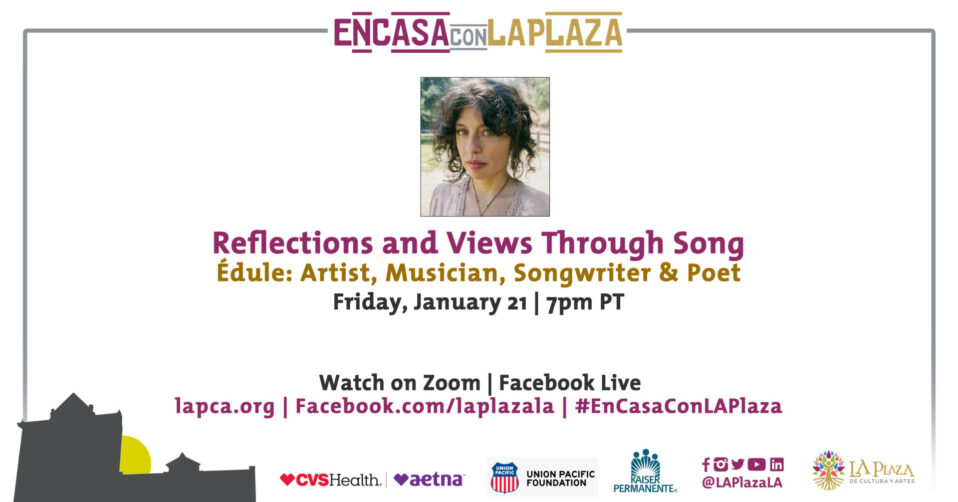 Eddika Édule Organista Moctezuma is an artist, musician, composer of songs, and poetry. Born in Boyle Heights and of Mexican descent, she was brought up in various parts of the U.S. and Mexico. Coming from a family of musicians, Eddika began singing at 5 years old, began playing guitar at 11 and has been writing songs since 12 years of age, which led to her interest in pursuing music.  Eddika has been the front woman of the LA based group El Haru Kuroi and also Yanga, but since 2020 she has been expanding on her career as a soloist using her middle name, Édule as her artist name. Since 2020, she has released singles and recently an EP. She sings in three languages but singing in her first language, Spanish, is prominent in her music.  Through the art form of songwriting, she expresses her reflections of life, feelings and views of her surroundings and experiences through song.

Funding has been provided by California Humanities and the National Endowment for the Humanities (NEH) as part of the American Rescue Plan Act of 2021.

Your ticket for: Reflections and Views Through Song with Édule: Artist, Musician, Songwriter & Poet