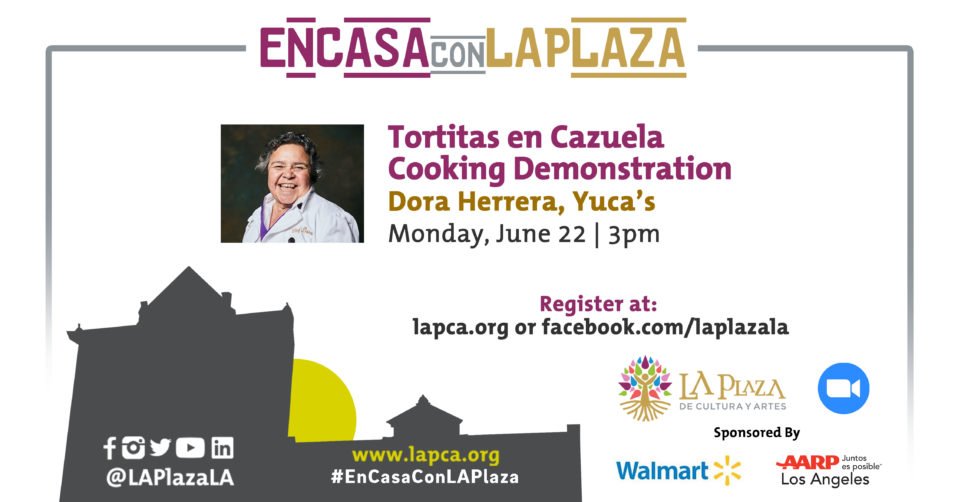 Join us at Zoom and Facebook Live as Dora Herrera of James Beard Award-winning Yuca’s demonstrates how to make Tortitas en Cazuela. Dora Herrera is a part of a family-run establishment that has been bringing hungry diners the True Flavor of México since 1976.

Yuca’s Restaurant’s customers span three generations of satisfied and loyal addicts to the small-batch, quality-driven menu served out of the 8’x10’ converted shoeshine stand known fondly as The Hut, now with a location in Pasadena. YUCA’S is proud to be the first (and only) taco stand to receive the coveted James Beard Award in the America’s Classics category, as well as being featured on Oprah as “The Best Burrito Evah”

Your ticket for the: Tortitas en Cazuela Cooking Demonstration with Dora Herrera of Yuca’s