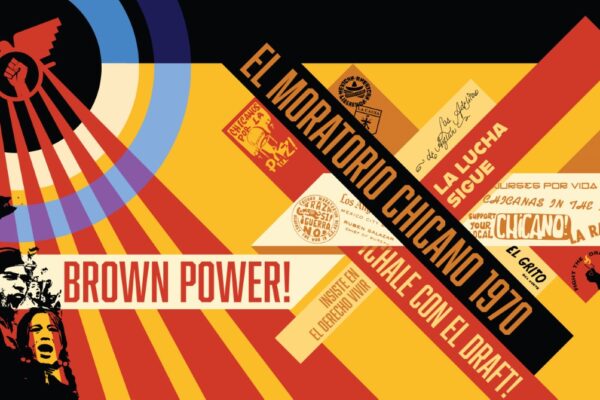 3B Collective is a Los Angeles-based group of artists and designers who produce individual works, create site-specific installations, public artworks, and murals. 3B’s works reflect their commitment to providing an inclusive platform that encourages pride and recognition of the different facets of communities. Their works make the arts accessible by addressing the social inequalities, creating public works through shared resources, and providing peer support and mentorship.

“As children of first-generation immigrant parents, we appreciated the storytelling and educational aspects that murals in our communities provided. In reaction to the erasure and destruction of these murals, we came together to create permanent artworks that can continue to honor a community’s history, the tradition of murals and to help educate those unfamiliar with these histories. These projects work to create a sense of belonging along with promoting the role that public works play in placemaking for those in the communities in which they are installed.” – 3B Collective 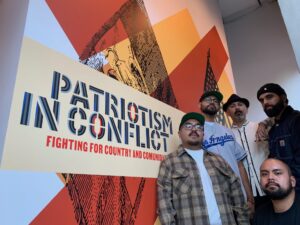 LA Plaza de Cultura y Artes developed an exhibition focusing on the events leading up to Chicano Moratorium in Patriotism in Conflict: Fighting for Country and Comunidad (November 5, 2021 – June 19, 2022). This exhibition investigates the multiple roles and generational perspectives that expanded definitions of patriotism, the diverse ways it was expressed, and the key activists and alliances that mobilized the National Chicano Moratorium Committee (NCMC) to end the war and rally for justice on behalf of their communities and country. 3B was invited by LA Plaza to recreate their Chicano Moratorium Mural and include subject matter relating to the museum’s exhibition. In conjunction with Patriotism in Conflict, 3B incorporated the colors and symbols of the East Los Angeles mural on LA Plaza’s Main Street windows. The artists included rally calls and signs featured in the exhibition, such as “¡Chale con el draft!” Articles titles and subjects from Chicana/o publications, La Raza and El Grito, were added to reflect on the mobilization and support towards the cause and the role of Chicanas in the movement. The work also included historical imagery from archives highlighted in the museum.

“The collective strives to provide a visual representation of resilience and inclusivity found within the local community. 3B’s focus on understanding the context of each project allows them to use the knowledge gained about the place, its residents, and its history to inform our creative process.” – 3B Collective