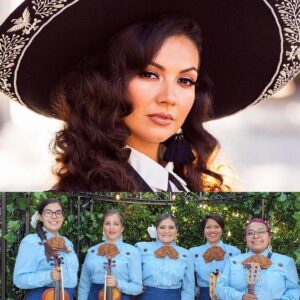 With an elegant and graceful style reminiscent of Mexico’s classic mariachi crooners, Lupita Infante brings a sensual and soothing vocal contrast to the bold sounds of regional Mexican music. She carries on the musical legacy of her grandfather Pedro Infante and father Pedro Infante Jr. Infante’s GRAMMY-nominated debut album, La Serenata, is proof that she is a star on the rise not only for her talent but for her perseverance. She’ll be joined onstage by one of LA Plaza’s favorite all-female groups, Mariachi Lindas Mexicanas.

The Pobladores Awards Gala, taking place at our campus and online on Wednesday, September 29, serves as our primary fundraising event and makes our many educational workshops, exhibitions and public and virtual programming possible. It will start at 5pm with a VIP Reception to be held in the new LA Plaza Cocina, followed by a cocktail reception and silent auction at LA Plaza, culminating with an Anniversary Gala Program honoring LA Plaza’s 23 founders, Dinner, and Stage Performance. For those who prefer to join us at home, the event will be live-streamed and include special performance and interviews with guests, founders, and LA Plaza supporters.