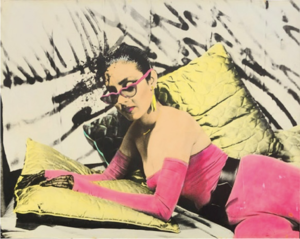 In the 1970s and 1980s, Los Angeles-based Chicanas/os strove to scrutinize aspects of popular culture and advanced alternative narratives concerning race, gender, sexuality, and citizenship that were not represented within mainstream art practice at the time. These efforts are investigated in the new exhibition, L.A. Memo: Chicana/o Art from 1972-1989, presented by LA Plaza de Cultura y Artes and AltaMed Health Services, the nation’s largest federally qualified community health center. The exhibition will run from March 18 through August 14, 2022.

The exhibition showcases the artwork of more than 30 artists, such as Carlos Almaraz, Patssi Valdez, Teddy Sandoval, Judy Baca, and additional members of the first generation of Americans who would come of age during the expanding media culture of the 1960s. At the same time, they were among the pioneering artists from across the United States who would appropriate and utilize popular culture imagery as their subject, chosen media, and means of presentation.

“This exhibition seeks to re-examine the contexts through which we view and understand Chicana/o art of the 1970s and ‘80s. By re-visiting stories about these moments in our history we can more fully understand both the extent of these artists’ contributions to the evolution of Chicana/o art and appreciate their place in the pantheon of American art,” said Barrientos Martínez. “Many of the artworks in this exhibition are today considered cornerstones of Chicana/o art history, reflecting some of the most key lines of inquiry about identity politics in the U.S., and others represent commentaries about Chicanidad that have rarely been encountered outside of the artists’ studios. This exhibition stands as a unique opportunity to gain a fuller understanding of this formative period in Chicanx art history in Los Angeles.”

“Attracted to new media, the Hollywood film industry, photography, and a desire for experimentation and representation, the Los Angeles arts scene produced significant artists who rose to prominence,” said Karen Crews, LA Plaza’s Senior Curator. “Among them were Chicana/o artists who demonstrated a distinctive view of contemporary culture and asserted a groundbreaking collection of images and cultural commentary that redefined notions of identity.”

More than 50 artworks are included in the exhibition, including paintings, screen prints, mixed media, photographs, collages, digital prints, sculptures, and video works. Most of them are from the AltaMed Art Collection, comprised of more than 2,000 works reflecting the diverse communities that AltaMed serves. 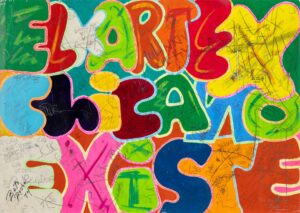 “This movement came at a time when the Chicana/o community was beginning to assert itself in the revolutionary wake of the Chicano Moratorium of 1970,” said John Echeveste, CEO of LA Plaza de Cultura y Artes. “The artists included in this exhibition precipitated a whole new genre of art—the Chicana/o Art Movement (1960s to the 1980s) and beyond, which signaled a greater conversation in American art history.”

“Art has a powerful way of creating dialogue, knowledge and understanding of culture and history,” said Cástulo de la Rocha, president and CEO of AltaMed Health Services, whose vision guides the AltaMed Art Collection. “As an organization that is rooted in social justice, the Chicana/o art movement is close to my heart, it shares important stories in the struggles and triumphs of Mexican Americans in Los Angeles and must be brought to the forefront of the art world.” 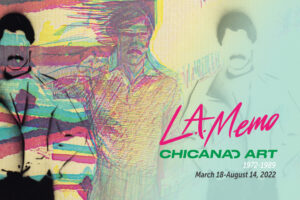 Your ticket for: L.A. Memo, Highlighting the Contribution of Chicano/a Artists to American Art, Opens March 18