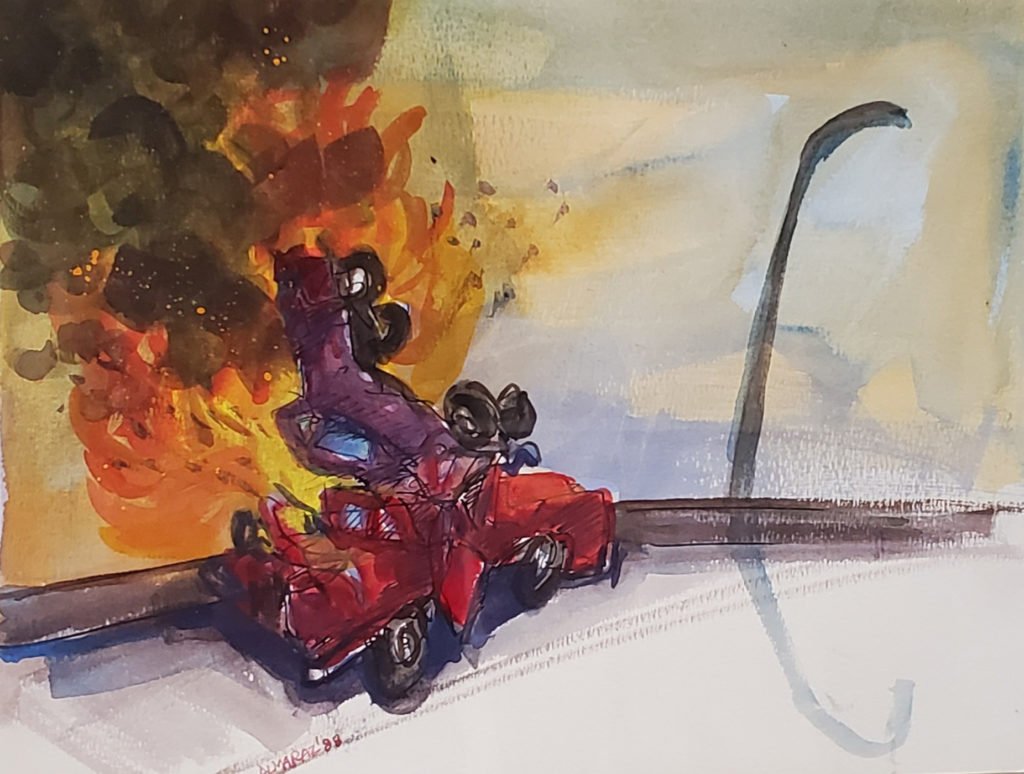 LA Plaza de Cultura y Artes is hosting a virtual walkthrough of Carlos Almaraz: Evolution of Form, an exhibition of early and little-seen drawings, sketches, and paintings by the pioneering Chicano artist. This unique presentation, live streamed on LA Plaza’s Facebook and Instagram, will be led by his widow Elsa Flores Almaraz and curator Susana Smith Bautista, Ph.D.

The virtual walkthrough was held in lieu of the previously scheduled Opening Reception for the exhibition and is in keeping with safety measures geared towards helping to slow the spread of coronavirus. The live stream is archived on LA Plaza’s website.