Pobladores Awards 2021: A Celebration Filled with History, Pride and Accomplishment 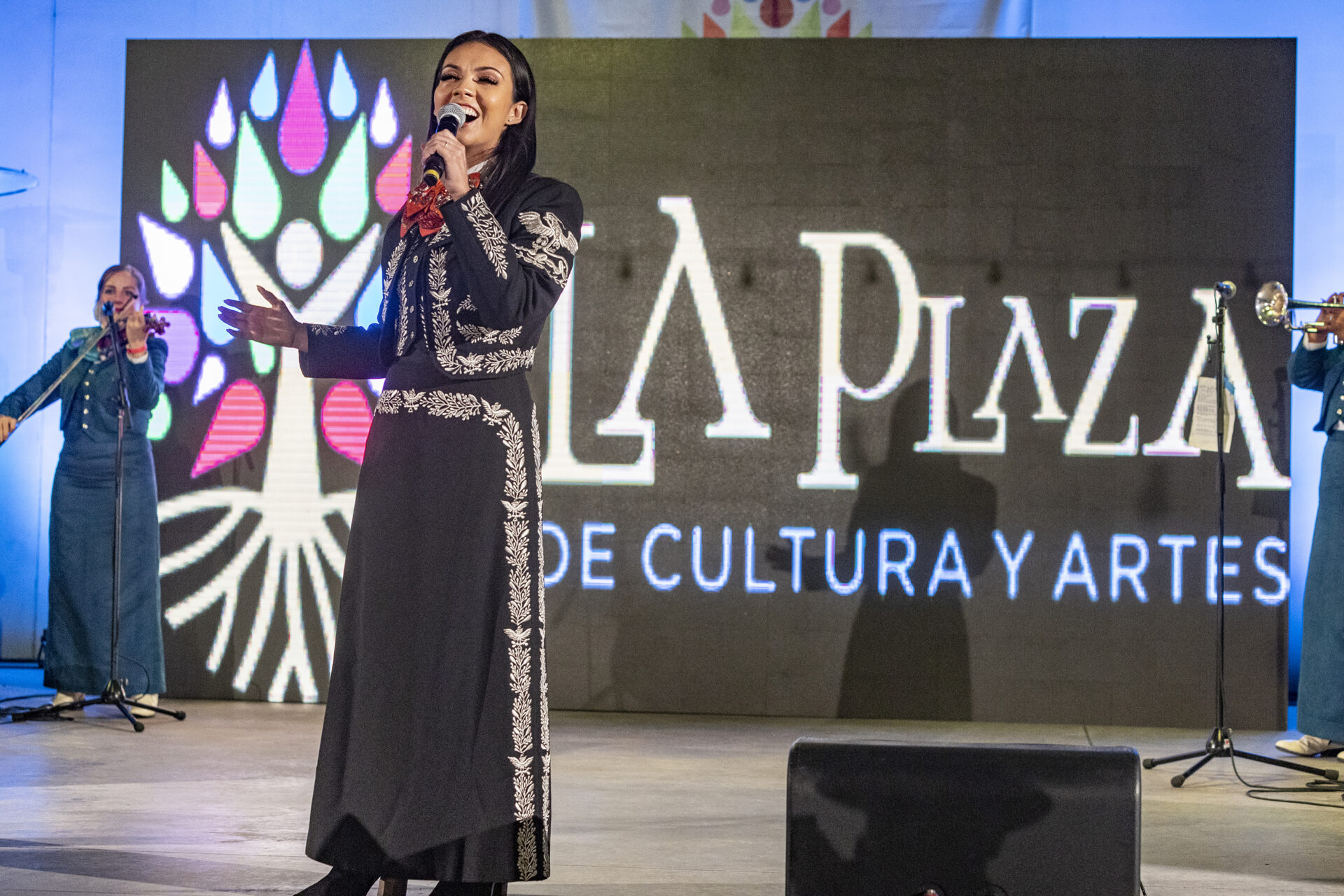 Celebration, pride and excitement were in the air at LA Plaza de Cultura y Artes’ Pobladores Awards 2021 Gala on Wednesday, September 29. It was in fact a double celebration: The commemoration of the 10th Anniversary of the institution and recognition its 25 founders as well as a coming-out for the more than 350 guests, able to reconnect in real time at after a nearly two-year pause.

You can watch a recorded stream of the gala and more at: https://youtu.be/RjZIwwnilbo

The Gala was a reaffirmation of the community’s commitment toward the museum and cultural center, which has become a thriving art and cultural hub in the Los Angeles region and one of the nation’s premiere Latino institutions. According to former Los Angeles Mayor Antonio Villaraigosa, who co-chaired the event, the celebration was a validation of the dedication of a diverse group of people who, despite multiple obstacles, realized the collective effort of founding a museum recognizing the cultural influence of Latinas and Latinos in Los Angeles.

“You’ve gone beyond the original dream,” said Villaraigosa, “By building LA Plaza Village bringing news housing and economic vitality to El Pueblo, opening a Historic Walkway, constructing LA Plaza Cocina, and presenting new vibrant programming and exhibitions, our stories are being told in a setting that befirs all that we’ve contributed to our City of the Angels.”

Gloria Molina, former LA County Supervisor; Antonia Hernandez, President & CEO of California Community Foundation; and Miguel Santana, President & CEO of The Weingart Foundation, who also served as co-chairs for the gala, were featured as three of the founders. Due to their tireless efforts and leadership, two dilapidated buildings on north Main Street were transformed to a museum and cultural center that before the pandemic attracted more than 100,00 visitors annually, including and more than 9,000 students participating in its onsite educational programs.

In a pre-recorded video feature, Antonia Hernandez claimed that LA Plaza “came to be because of the fact that Gloria [Molina] was on the County Board of Supervisors, and it goes to show the importance of having people like us in positions of authority.” She also reflected on the need to develop “our own donors, our own givers” as a community of Mexican American and Latinos. “The hard part was getting it to where we are today, to future hard part is how do we sustain it,” she said.

A highlight of the evening was the presentation of many of the other individuals who worked at founding LA Plaza, including the Founding Board of Trustees: Hon. Esteban Torres, former U. S. congressman; Cynthia Telles, current U.S Ambassador designee to Costa Rica; Eva Longoria, actress and producer; Federico Jimenez, jewelry designer; Jerry Ruiz, real estate and business transactional attorney; attorney, investor, and philanthropist; Nelson Del Rio, Chairman and President of Prosperity of the Commons International and Co-Founder and Co-CEO of Blokable; Phil Roman, producer, director and animation consultant; Walter Ulloa, Chairman & CEO at Entravision Communications, and Yolanda Nava, Emmy Award-winning broadcast journalist and author.

All honorees received a framed print of artwork by Jose Ramirez called Arbol en el Desierto, whose central image in this painting presents a figure connecting with a vibrant tree amidst a colorful desert landscape. The artwork, as the entire evening, was a reflection of the pride Mexican, Mexican American and Latino community should feel for its undeniable contribution to Los Angeles.

“We have made this city, this community, this entire region as great as it is because of the contributions of Latinos, Mexicanos, and all of those families that have struggled so hard every single day and are proud of who they are and where they come from,” said Molina.

LA Plaza CEO John Echeveste reminded the audience how, during the past 18 months, “LA Plaza transitioned to become a virtual museum and, in the process, built new national and global audiences,” by presenting more then 200 episodes of En Casa con LA Plaza, its virtual program broadcast on Zoom and Facebook Live; 31 episodes of En Familia con La Plaza, a series of family workshops viewed on YouTube; posting virtual and cellphone versions of three museum exhibitions on its website; and completing the construction of LA Plaza Cocina, the first museum and teaching kitchen dedicated to Mexican cuisine, which will inaugurated soon.

Echeveste, retiring as LA Plaza CEO at the end of the year, was also feted by the present Board of Trustees, who gifted him with a framed limited edition print of Ramirez’s Arbol en el Desierto, with a surprise audio greeting by 2019’s Pobladores Awardee Linda Rondstadt capping the recognition of his success of the institution’s transformation during his seven-year tenure.

Gala attendees enjoyed a Oaxaca-inspired multi-course dinner created by Chef Iván Vazquez; the culmination of a Silent Auction which included artwork by such icons of Chicano art as Carlos Almaraz, Frank Moreno and Yolanda Gonzalez, as well as a VIP reception in the soon to be inaugurated to the public LA Plaza Cocina, the first museum and teaching kitchen dedicated to Mexican cuisine, and a boisterous performance by GRAMMY-nominated singer Lupita Infante accompanied by Mariachi Lindas Mexicanas (pictured), as well as entertainment by folkorico dance group Tierra Blanca.

Your ticket for: Pobladores Awards 2021: A Celebration Filled with History, Pride and Accomplishment

Pobladores Awards 2021: A Celebration Filled with History, Pride and Accomplishment