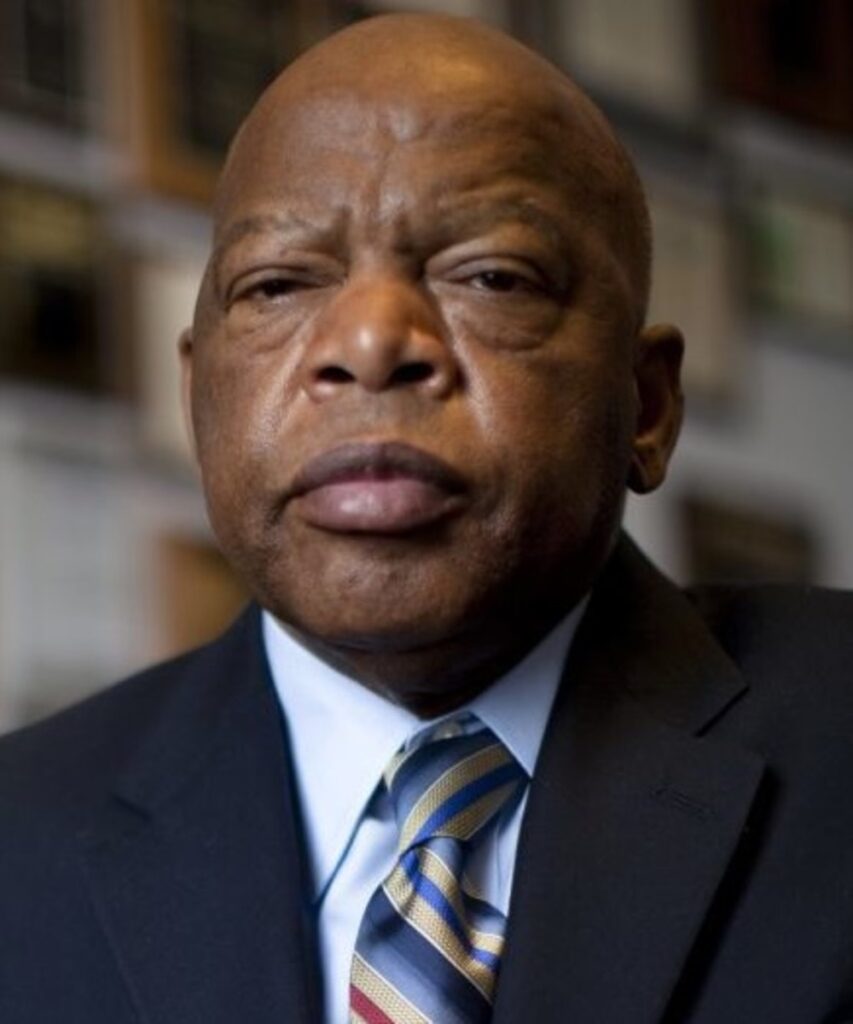 LA Plaza joins the country in saluting the legacy of Congressman and civil rights crusader John Lewis of Georgia. Congressman Lewis was a brave and courageous warrior for racial justice who gave his every being, physically and mentally, to the cause of civil rights for all Americans.

LA Plaza’s founding Board chair, former Congressman Esteban Torres, served with Lewis throughout his 16-year career in Congress and recalled a meeting with Lewis in his freshman year of service.

“In 1949 I joined the Army the day after graduating from Garfield High School. I was stationed at Ft. Belvoir in Virginia. Five of us decided to go to Washington DC on a hot summer day and we went into a drugstore lunch counter to eat. One of the soldiers was Black and we noticed signs on the water fountains and counter saying no Blacks allowed. It struck us as strange to find this in the nation’s capital, but we all sat at the counter anyway. The waitress came up and told my friend that he knew he couldn’t sit there.  He looked at us and said that’s just the way it is the South. We told the waitress that if he couldn’t sit there we didn’t want anything, and we got up and left.

“When I got elected to Congress in 1983 I shared that story with Congressman Lewis. He thanked me and told me about his quest and his crusade to end injustice. ‘I hope the lesson you learned will carry on and that you will join me in fighting discrimination wherever you find it,’ he said. I told him I would always follow his lead.

“John Lewis’ life and work made me more committed to his crusade and the people he represented. I marvel at his courage to flight for racial injustice.”

As we remember John Lewis today we can each best honor his legacy in two ways: Register. Vote. It’s what he fought for his entire life.