The Hunger for Justice 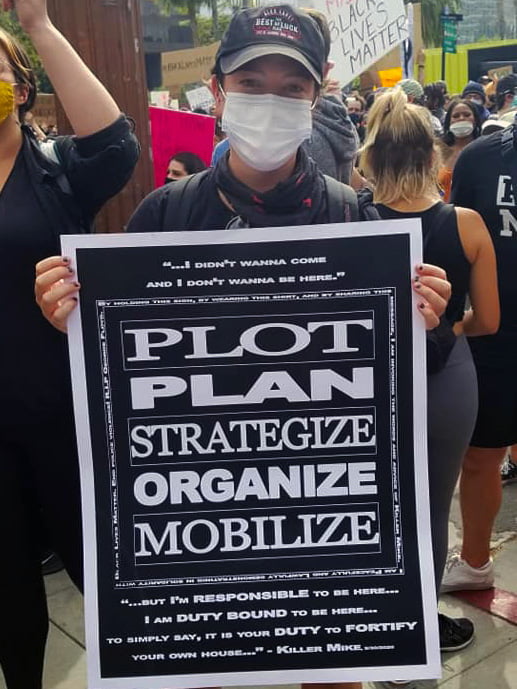 LA Plaza de Cultura y Artes is a museum that was created to share the untold stories of the Latino experience in Los Angeles. Through our exhibitions and public programs, we have explored the many significant contributions by Latinos to our city and region, as well as shining light on our long, troubled history of injustice and discrimination.

It is important to remember that Los Angeles was created as a multicultural community. Originally known as the Tongva village of Yaanga, 44 settlers from Mexico – los pobladores – founded El Pueblo de la Reina de Los Angeles. Two white, two black, eleven indigenous to Mexico and the rest were multiracial combinations of white, black and indigenous, with half of African descent. Our roots in multiculturalism are deep.

It is even more important to remember and acknowledge the mistreatment, discrimination and inequality that has been inflicted on all people of color in our city: misappropriation of lands, the Chinese massacre, internment, deportations, lynching, bulldozing of communities to make way for freeways and stadiums, redlining, police brutality, and more. This is the darker, often forgotten side of our history that largely goes untold. But not at LA Plaza.

The time has long since passed when we can sweep these injustices under the rug and pretend that they didn’t happen. They did and they still do. The horrific, senseless murder of George Floyd and too many other African Americans speak to the decades of injustice that have been inflicted upon people of color for far too long. We mourn for his life and the many before him who have died needlessly at the hands of abusive police authority.

We believe in the right of people to protest against their government as enshrined in the First Amendment. We support those who have taken to the streets, from Minneapolis to Hollywood and throughout the world, to peacefully demand change. Their cause is our cause.

We also believe that this is a time for dialogue and understanding in every city, every neighborhood, every legislative body in the country. We will be a part of that process.

Change will come, change must come. The change we seek is voiced in the streets and carried to the halls of Congress, state capitols and city halls across the land.  Change only comes when we Protest, Register and Vote.

The words of César Chávez ring as true today as they did then:

“We have suffered unnumbered ills and crimes in the name of the Law of the Land. Our men, women, and children have suffered not only the basic brutality of stoop labor, and the most obvious injustices of the system; they have also suffered the desperation of knowing that the system caters to the greed of callous men and not to our needs. Now we will suffer for the purpose of ending the poverty, the misery, and the injustice, with the hope that our children will not be exploited as we have been. They have imposed hungers on us, and now we hunger for justice.”

The time for justice has come.

Your ticket for the: The Hunger for Justice

The Hunger for Justice